What is limit in calculus and how to solve the problems of limits by using rules?

What is limit in calculus and how to solve the problems of limits by using rules? 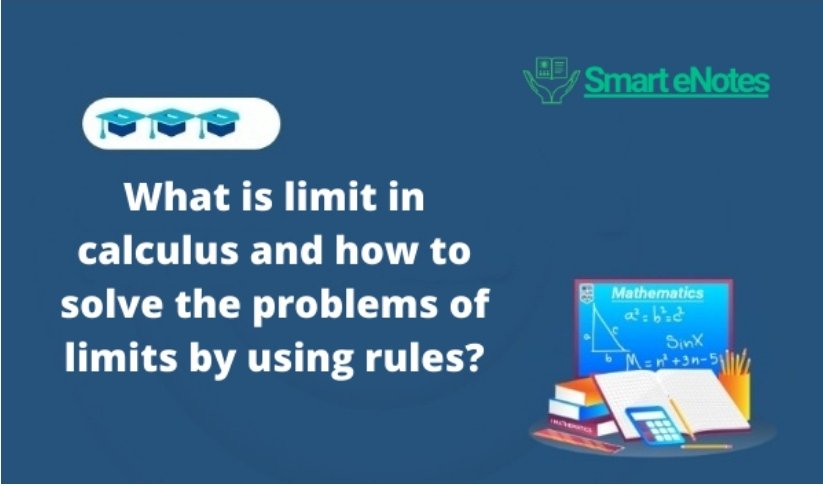 In mathematics analysis and calculus, limits are widely used to define integral, continuity, and derivatives. Limits are used to solve a function for getting its value at a particular value. This term is also used to define the upper and lower limits in the definite integral.

In this article, we will learn about the definition, rules, and how to solve the problems of limits with a lot of examples.

According to the definition,

“The value that is obtained from a function f(x) as x approaches some numbers known as the limit of the function.” The notation of the limit is based on the closeness and ideas represents a mathematical concept.

Limits are usually calculated to determine or define integrals, derivatives, and the continuity. Limits are calculated just by putting the value in the function, but in most cases L’hospital rule is applied to get the correct answer of the given function.

The L’hospital’s rule is used when the given function forms infinity by infinity or zero by zero. In this rule, first calculate the derivative of the numerator and the denominator and then put the limit value again.

The formula of limit is given below.

There are three types of limits in calculus.

These types of limits are used to find the positive, neutral, or negative values of the limits.

You can use a limit calculator to find the result of limits problems according to the rules and types of the limits. This calculator works on the similar principles as we mentioned above. You can select the type of the limit and put the function and the limit value in the required boxes and press the “calculate” button. 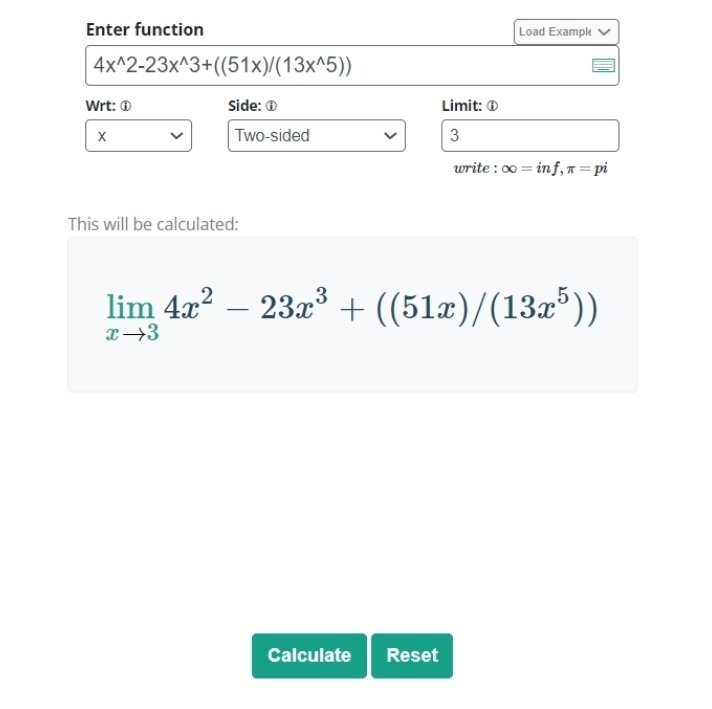 How to solve the problems of limits according to the rules?

The problems of the limits can be calculated easily just by applying the rules of the limits and putting the limit values into the given function. Let’s take some examples. Summary
Now you are witnessed that this topic is not difficult. Once you learn the rules and examples mentioned above, you can easily solve any problem related to limits. A limit calculator can also be used to solve the problems of limit calculus.

Categories: Math
Tags: limit in calculus and how to solve the problems of limits by using rules

How do I calculate BMI in Rstudio?

To calculate BMI in R, you can use the following steps: The first step is to define the function calculate_bmi(), which takes in two arguments: weight and height. These represent the weight of the person Read more…

What is the Best Online Limit Calculator?

What is the Best Online Limit Calculator? The calculator for limits is an online limit calculating digital tool that can figure out positive or negative limits for any function at any point. If you want Read more…